As part of their prize, this year’s scholarship winners, Julia and Oliwia, were invited to spend three days in Cambridge culminating in the Annual Formal Dinner of the Cambridge University Polish Society, supported by McKinsey & Company. They got a chance to experience the student life at Cambridge first-hand as well as see some of the most famous landmarks in the city, including King’s College Chapel and the Fitzwilliam Museum. We hope that it has inspired Julia and Oliwia to consider the University of Cambridge when completing their university applications in two years’ time.

We invite you to read their accounts of the trip below.

Although both Oliwia and I had to wake up very early in order to catch our planes to London, we arrived full of energy and excitement. England welcomed us with very nice weather, which only added to our good mood.

Once we arrived in Cambridge, we took a scenic walk through the main part of town to finally arrive at Trinity College where we met up with Ania, Jacek, Marcin and Maciek for lunch. Following our meal and a catch-up with PolSoc members, we went punting. The boat ride itself was very fun as we learnt more about the things Cambridge has to offer, while surrounded by beautiful scenery. Afterwards, we visited two libraries: the Trinity College library, with some of its century-old scripts on display, and the Cambridge University library that holds over 8 million books and is placed within one of the tallest buildings in town. The rest of the day was just as eventful. We attended a seminar on Race and Development, ate dinner, chatted about our experiences with the scholarship competition, and visited the beautiful Trinity Hall. The day ended with an exciting play titled Killology, which had us at the edge of our seats for the entire time. 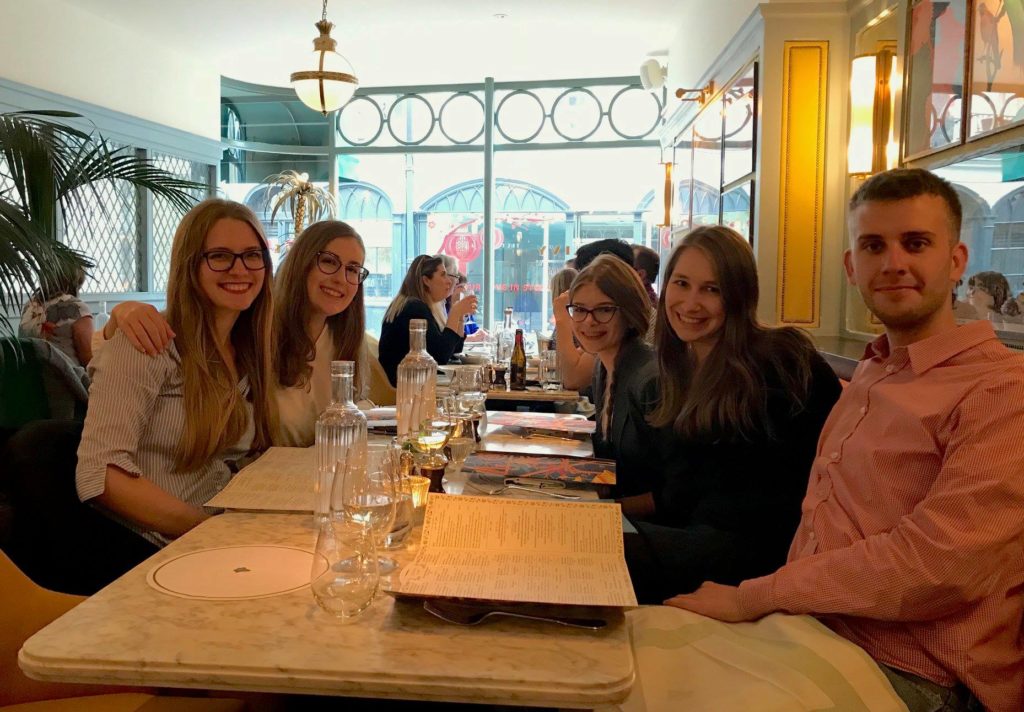 On the 18th of May, Julia and I began the day by going to lunch with the CU PolSoc President 2017-18, Kuba, in The Eagle – the pub where Crick and Watson are said to have announced their proposal of the structure of DNA. Next, Jan and Ania were also introduced to us – thanks to them we visited St John’s College and ate the best fudge in Cambridge. What I found particularly grasping was Ania’s course, Modern and Medieval Languages (now on my list of possible future study fields). When we parted our ways, Julia and I went back to the hotel and changed. Around half past seven, the two of us arrived at Selwyn College for our first formal dinner. Luckily, Mrs Gosia, whom we had already met in December during the competition finals, was seated opposite us together with another LAS staff member, Mr Mark, so we could ask them about the school to our hearts’ content. Prior to the event, I was slightly nervous about how it was going to turn out, but I ended up feeling very welcome among other guests. 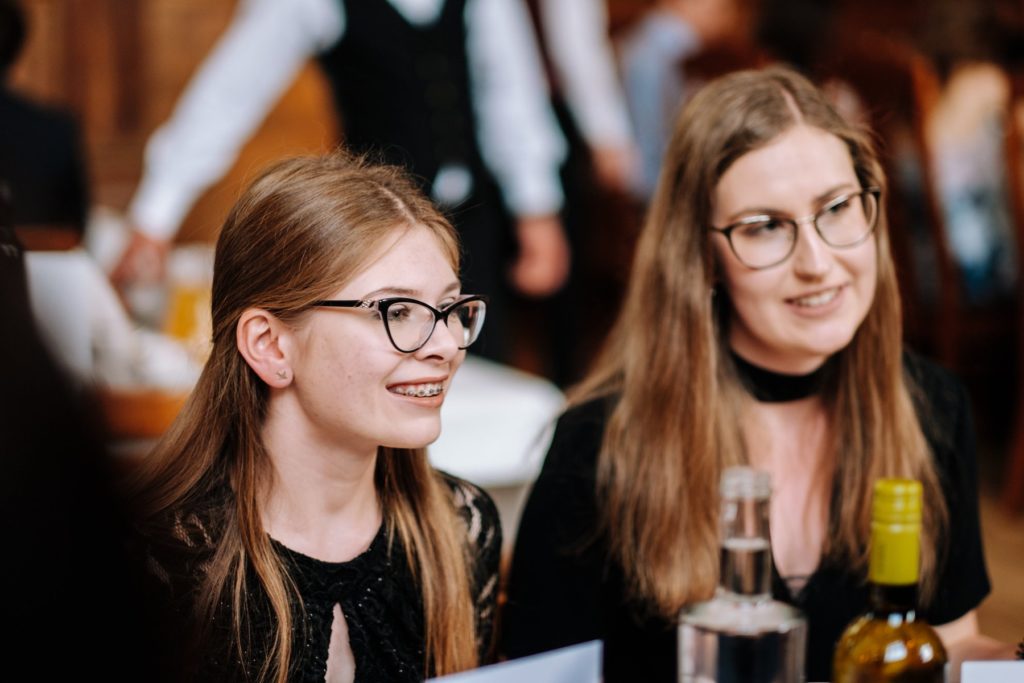 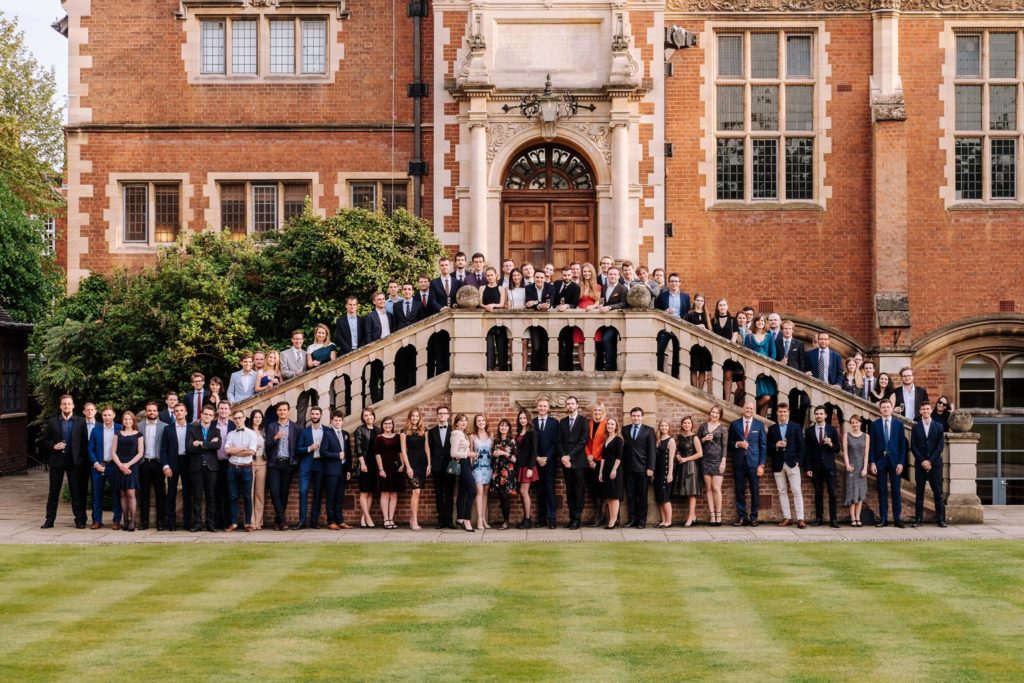 On our third (and last) day, we had a cup of coffee with Kasia from McKinsey & Company Warsaw, the company that supported our trip. We had a great time listening to stories about studying abroad and talking about our own experiences in the scholarship program so far. Next, we tasted the famous brunch at Pembroke College, followed by a guided tour through its grounds assisted by Tosia. Although the end of the tour meant it was time to say goodbye to our trip coordinators, luckily, we still had some time left to explore on our own. We took a walk to the centre of town and climbed up the narrow staircases of St John’s chapel tower with Jan, from where we had a mesmerizing view of Cambridge – a perfect end to our trip. 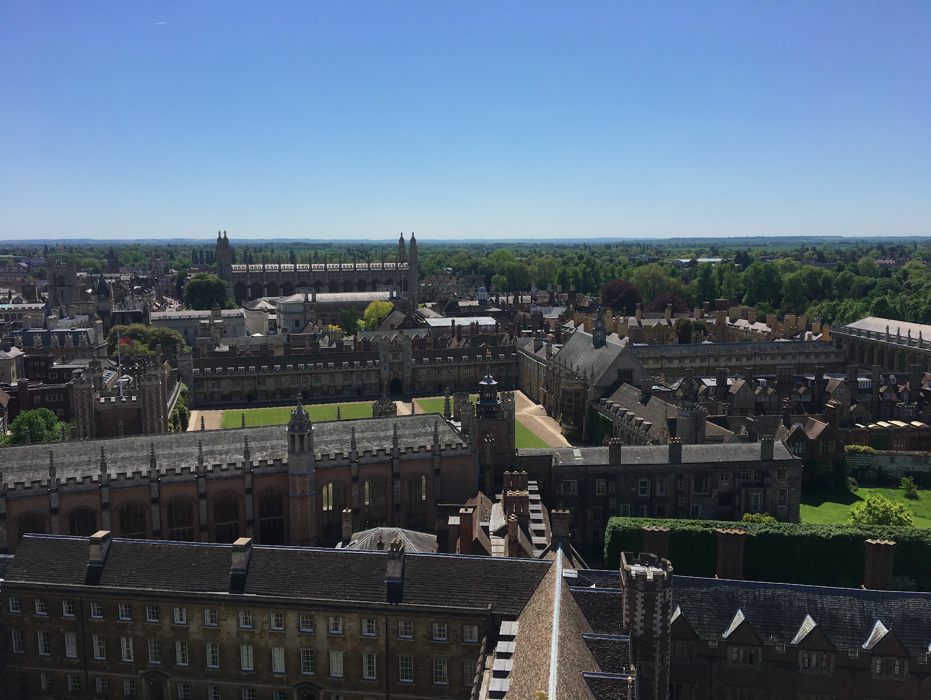 The atmosphere of Cambridge is hard to describe – there is something very inspiring and motivating in this town full of history. All those insanely creative and intelligent people who not only work and study hard but have their own varied interests and free time activities, is a perfect example of a balanced attitude I want to strive for during my studies. As for the CU Polish Society, the sense of community I had felt within it is, in my opinion, one of the best things you could experience while at university – a way to form friendships and connections for life, take part in various events, and connect with many cultures, while still nurturing your own. During the trip, I met many inspiring and wonderful people, and thanks to them and what they showed me, I am certain applying to Cambridge in two years’ time will be the first step towards something great.

The whole experience definitely broadened my horizons when it comes to possible courses and colleges you can choose from while applying to the university. Also, never before had I realised how pleasant walking till your legs are almost falling off is, and that it was possible in England to have three consecutive days without a single drop of rain. And, to conclude, a short anecdote. On my flight back to Berlin, a British woman sitting in the neighbouring seat made conversation with me. Soon I discovered that she had studied at Trinity College in Cambridge… Coincidence? 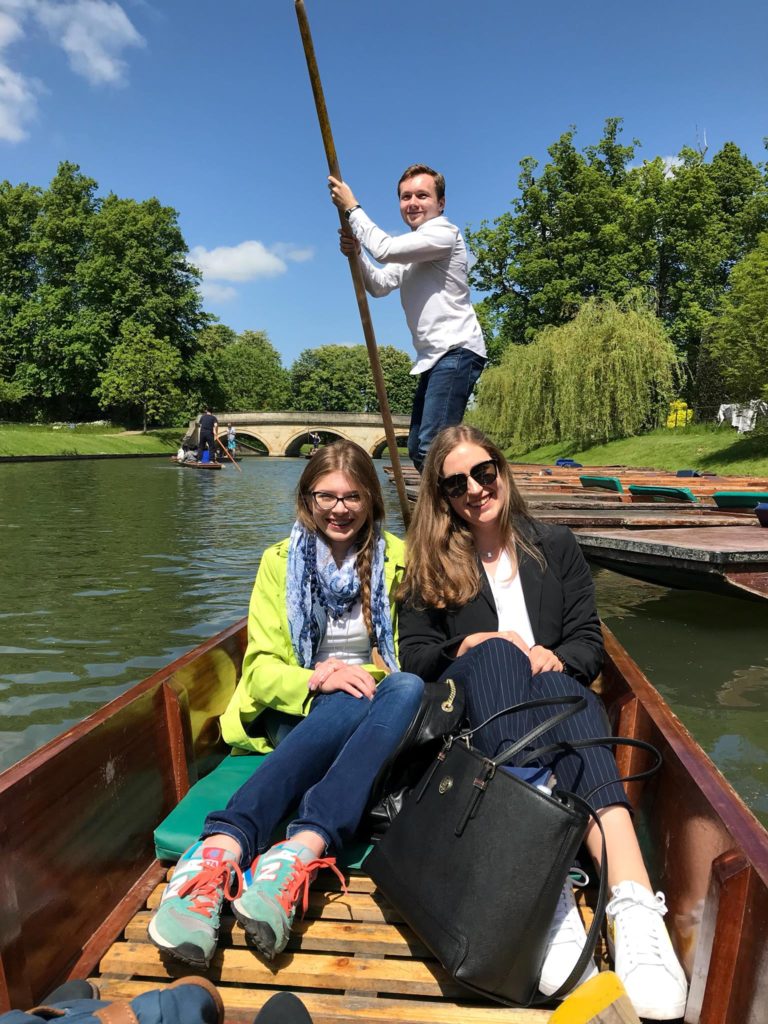 The Cambridge cLASs committee would like to extend their thanks to McKinsey & Company Warsaw for the generous support of this year’s trip.